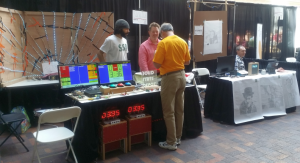 In preparation for a Kickstarter, I’ve been assembling designs that showcase the versatility and usefulness of the “Pi Platter” board I’ve been working on.  Dan Julio, the other engineer on the project, and I are both members of the Boulder Hackerspace aka Solid State Depot. The Boulder Hackerspace was invited to the Denver Mini Maker Faire at the Denver Musieum of Denver Museum of Nature and Science. 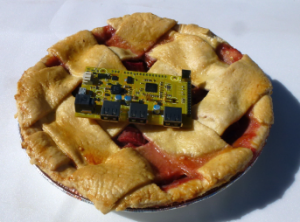 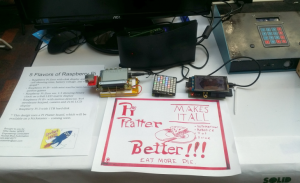 5 Raspberry Pi devices that could use battery backup and RTC

Because the Pi Platter is so versatile, it’s important to showcase some of the ways you can use it.  Currently, I have 5 demo designs.

However, because I only have one demo Pi Platter board, I was only able to make one of the designs battery (and solar) powered for the faire.  Two key features of all the designs is that they are battery powered and that the GPIO connector is available for HATs – that is daughter boards that fit on top of the Raspberry Pi.  The Pi Platter connects through 4 pogo pins to the bottom of the Raspberry Pi Zero and through USB to other Raspberry Pi models. 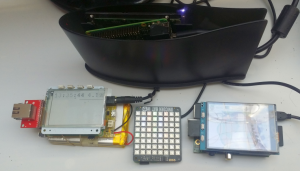 Close up of 4 of the designs

The Saturday at the faire was a good way to make connections and talk to hob nob with fellow makers. 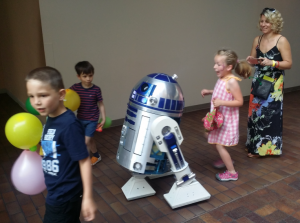