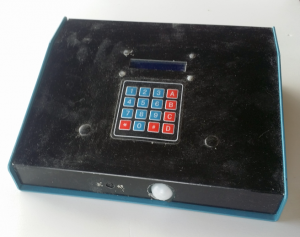 I was contacted through the Boulder Hackerspace by someone who wanted help building a Raspberry Pi security camera.   We finally settled on the design being a cross between a PiLarm and system that sends pictures to your phone.

The hybrid system has:

I had a nice aluminum case that fit the display left over from a previous commercial design.

There where some “gotchas” in getting the Python code to work.  It was not possible to just mix and match code from the two reference designs.

However, when all was done and said, the final design did a great job of detecting motion or an opening of a door, then taking a picture and texting it to a phone.

A possible next step is to rework this system using a Banana Pi D1, once we can figure out how to reprogram it.